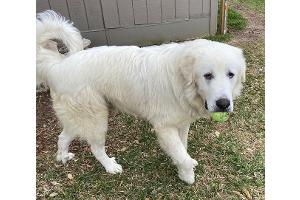 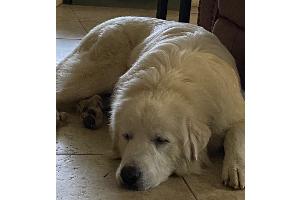 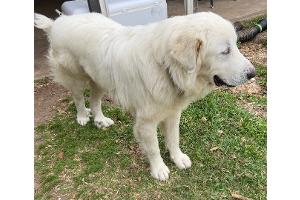 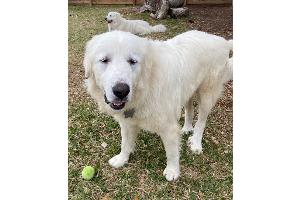 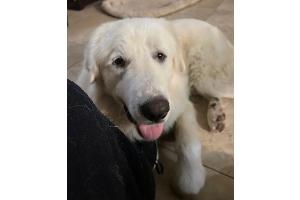 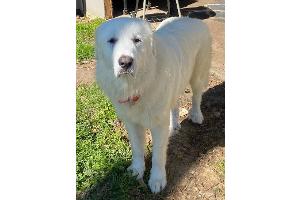 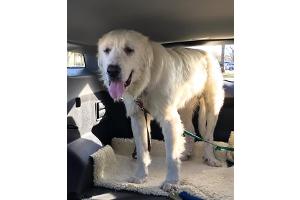 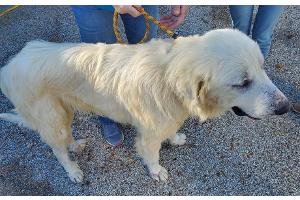 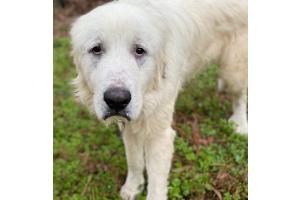 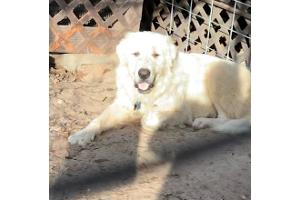 Arnold Pawmer is a (~100 pound) teddy bear of a Pyr. He is reportedly three (though he acts like a big puppy). He loves to play with humans and other dogs. He’s not a fan of cats and with intact males can be protective, but measured. He’s a dream on leash and loves to go for long walks. He’s happy outside, but chooses to come in and be near his humans most often. Arnie has a big old block head that he lays in your lap to get all the love you will give him. Everyone who meets Arnold falls in love with him because he just stares in their eyes and leans in. He is not a huge barker and his coat is wiry, so he also isn’t a terrible shedder. He is a bit nervous getting into the car, but is getting used to it, and he rides great. He’d love to have a buddy, but he’d also be happy to be your one and only. He’s heartworm positive and will be treated over the next couple months.

The poor dog, in life the firmest friend. The first to welcome, foremost to defend.
--Lord Byron